Sewing technology: processing of the pocket in the seam with allowances to different sides

The laconic are now popular, but, at the same time, comfortable models of clothes. It is possible to process pockets in the stitch. You cannot do the slit the pockets, but do the pockets in the stitching how for example, in the bomber № 143 or in the model of overcoat on the pattern № 138. Today it is autumn and we can use the dense cloth. When the inlays are overedged   together and iron on the forehand part of the good it is the easiest processing of pocket is in the stitch. . But such processing is impossible in the dense autumn cloth. It is necessary to iron the inlays.  And we do it so.

We offer   the worked out plan of the connection of sackcloth and details of the good with subsequent ironing of the inlay. That's why we will not load you such concepts, as the trimming and offer the variant of processing of the pocket in the stitch, where is not the trimming. It is the clearest variant. And you can fit by trimming   the sackcloth from the from the cloth.

1. If you  have the pattern without details on sackcloth of pocket in the stitching, you will begin  constructing of the  sackcloth of  the pocket. (pic.1)

2. The form (depth and width) of sackcloth depends on your wishes.

4. We certainly retreat 4 sm downward on the lateral stitch from the entering in the pocket, and only then begin the composition of the sackcloth. 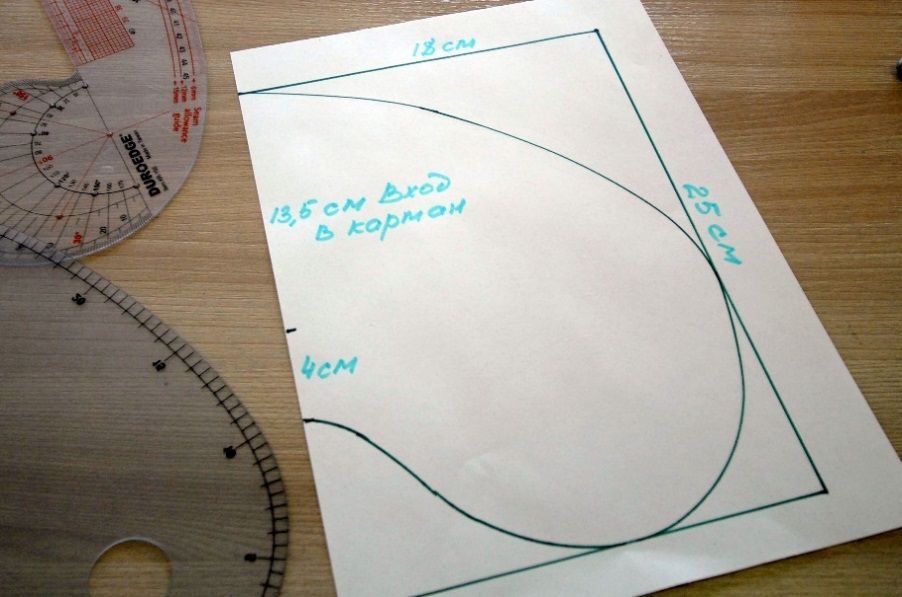 9. Overedge   the cuts of sacking together. The side of the sackcloth which will be visible in the process of wearing.  Bent the cutting ends of the sackcloth so they got in the bight. (pic.18,19,20)

12. Iron out the stitches in different directions. Iron the pocket on before. (pic.25,26)

All documents, multimedia and texts posted on en-grasser.com are works of authorship and  are the property of Grasser Group Limited. All the information and products are provided to buyers for personal use. Resale of patterns and master classes is prohibited and prosecuted by law. Public offering of our products and links to their downloading - on the Internet, social networks and in the media - is a violation and carries a penalty in accordance to applicable law. When copying text information, an active link to en-grasser.com is required. Every copy from the site en-grasser.com is tracked.